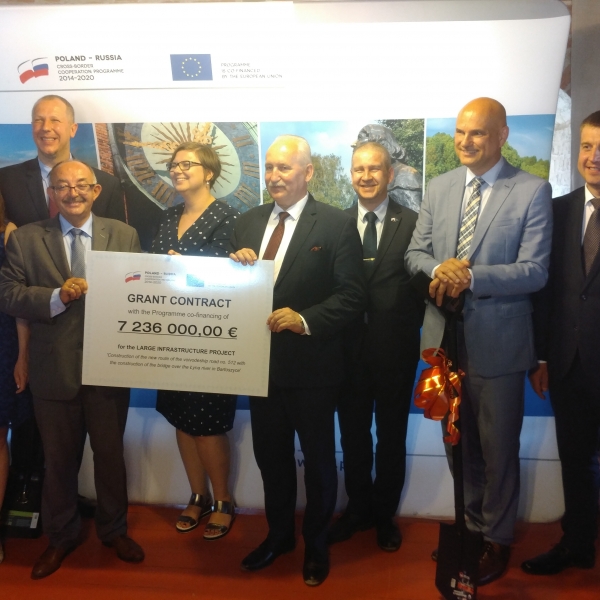 The planned investment will be implemented by the Warmińsko-Mazurskie Voivodeship (Voivodeship Road Administration in Olsztyn) and the Administration of the municipality „Gusev City District” within the framework of the Thematic Objective "Accessibility". As a part of the project, it is planned to build a bridge in Bartoszyce together with the construction of a new section of the road on the Polish side of the border. On the Russian side, it is planned to renovate the streets and pavements in the town of Gusiev. The project implementation will contribute to the improvement of the accessibility to the Bezledy-Bagrationovsk border crossing point and the development of the transport network in the border area on the whole.

The total value of the project is 8 mln euro, whereas the Programmme co-financing is equal to 7,2 mln euro.