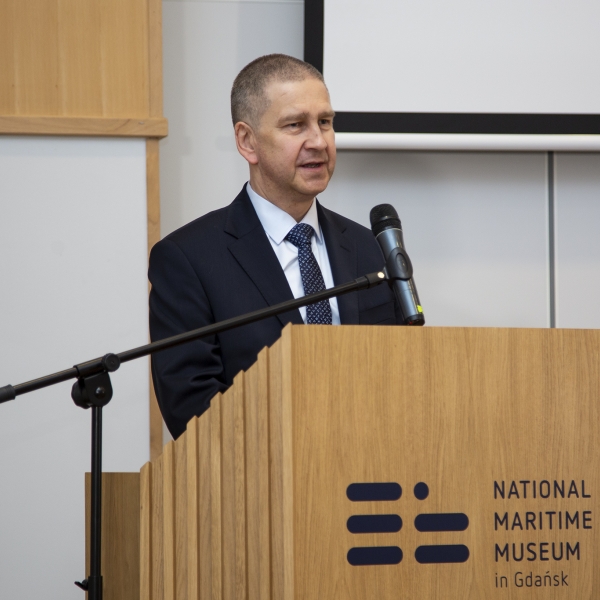 On the 22nd February 2022 at the National Maritime Museum in Gdańsk the press conference was held. It was the last activity of the Polish part of the project ‘2 Ships – Common Sea. Soldek & Vityaz: Maritime Heritage of Poland and Russia’ co-financed by the European Union under the Poland-Russia Cross-Border Cooperation Program 2014-2020.

The event was attended by the representatives of media and a large group of invited guests. Among the guests there were: Mr Igor Kovalev – Consul of the Russian Federation in Gdańsk, Mr Leszek Buller – Director of the Center for European Projects, and Ms Katarzyna Bartnik – Head of the Joint Technical Secretariat of the Poland-Russia CBC Programme 2014-2020.

The invited guests listened to the speeches of the representatives of the National Maritime Museum in Gdańsk. Thanks to the online connection, the project partners also took the floor and presented details related to the renovation of the museum ship "Vityaz".

As part of the project, a comprehensive renovation of the flagship museum ships and a number of educational, scientific, cultural and artistic activities were conducted.