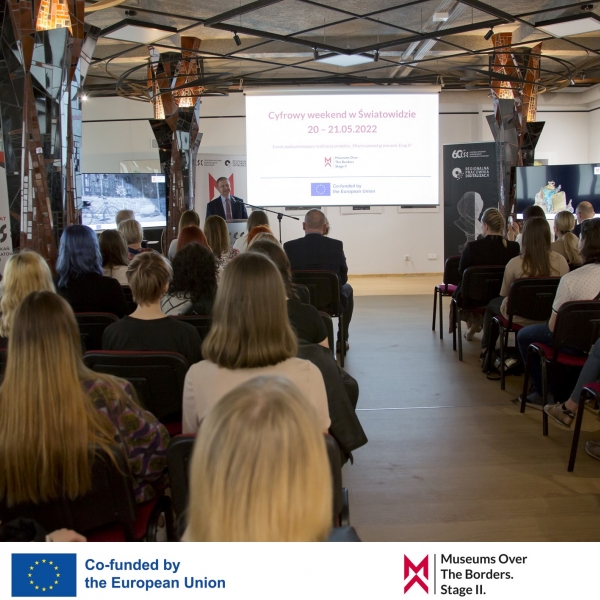 On 20-21 May 2022, at the Centre of European Meetings ‘Światowid’ in Elbląg, an event summarizing the project ‘Museums over the borders. Stage II’ co-financed by the European Union, under the European Neighborhood Instrument, was held.

The event was attended by the representatives of the media and a group of invited guests, including young people. Among the guests, there were Mr Leszek Buller - Director of the Center for European Projects and Mr Miłosz Wielgat – Deputy Head of the Joint Technical Secretariat of the Poland-Russia 2014-2020 Program.

During the event, the multimedia exhibition ‘Tame the city. Everyday life of the inhabitants of Elbląg in 1945-1949’ was officially opened. The participants of the digital weekend could see the newly created space with an exhibition. Young people had the opportunity to take part in various games and workshops that took place in the new educational room, as well as visit the post-war photographer's atelier in the new VR (virtual reality) room.

The purchase of equipment for ‘Światowid’ also equipped the studio itself and the seats of engineers working on digitalisation. It was, among others a new scanner with the latest software and additional equipment for digitising museum collections.

Digital weekend with the project ‘Museums over the borders. Stage II’