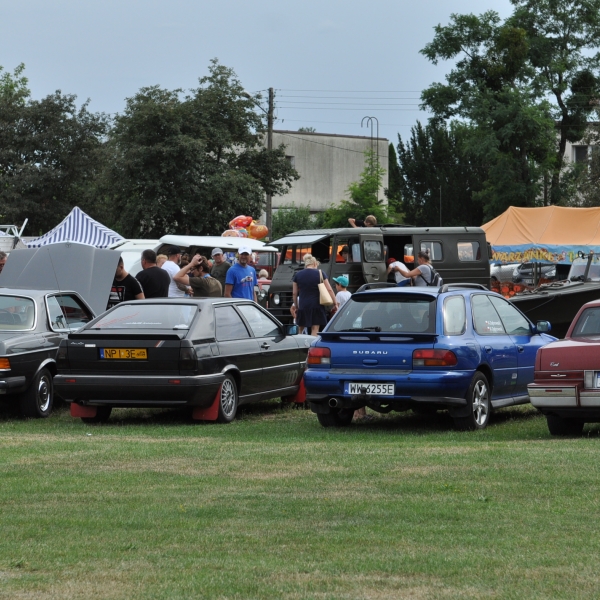 Last weekend, many old cars appeared on the streets of Ruciane-Nida. These cars took part in a rally of antique cars organised by the local government of Ruciane-Nida Commune. The event was held thanks to the implementation of the project PR /1/020/2018, co-financed by the European Union under the European Neighborhood Instrument. The organisers assumed that at least 10 cars that meet the criteria adopted to be classified as a vintage car, i.e. they are at least 30 years old, a minimum of 15 years has passed since the end of their production and they consist of at least 75 percentages of original parts, will take part in the really. Among them, there were European (including Polish), Asian and American vehicles. There were also very popular brands, such as Fiat, Mercedes, Volkswagen, BMW, Audi, Toyota, Honda, Ford, as well as those rarely seen on our roads: Porsche, Dodge and Cadillac. Antique military vehicles were an additional attraction for motoring fans.

The rally started on Friday (29 July 2022) and finished on Sunday (31 July 2022). The most spectacular day of the rally was Saturday. From the morning participants could admire the vehicles presented at the municipal stadium in Ruciane-Nida. The participants of the rally were eager to talk with automotive enthusiasts. Thanks to the open form of the rally and the possibility of joining it at any time, the number of vintage vehicles on display at the stadium grew hour by hour. The climax was a kind of rally along the streets of Ruciane-Nida. This rally was not in the form of competition. Its purpose was to present vehicles in motion. The route of the rally ran, among others through renovated Krajewskiego Street, renovated within the project PR/1/020/2018, co-financed by the European Union, under the European Neighborhood Instrument. After the rally, a vehicle elegance competition was held, in which 3 prizes and 2 honorable mentions were awarded.

In order to attract attention to this unusual event of those who are not interested in motorisation, the organisers took care of the appropriate artistic setting and attractions for the youngest. The headliner of the evening was Kasia Stankiewicz and the Varius Manx band, who presented their greatest hits in a very good style.